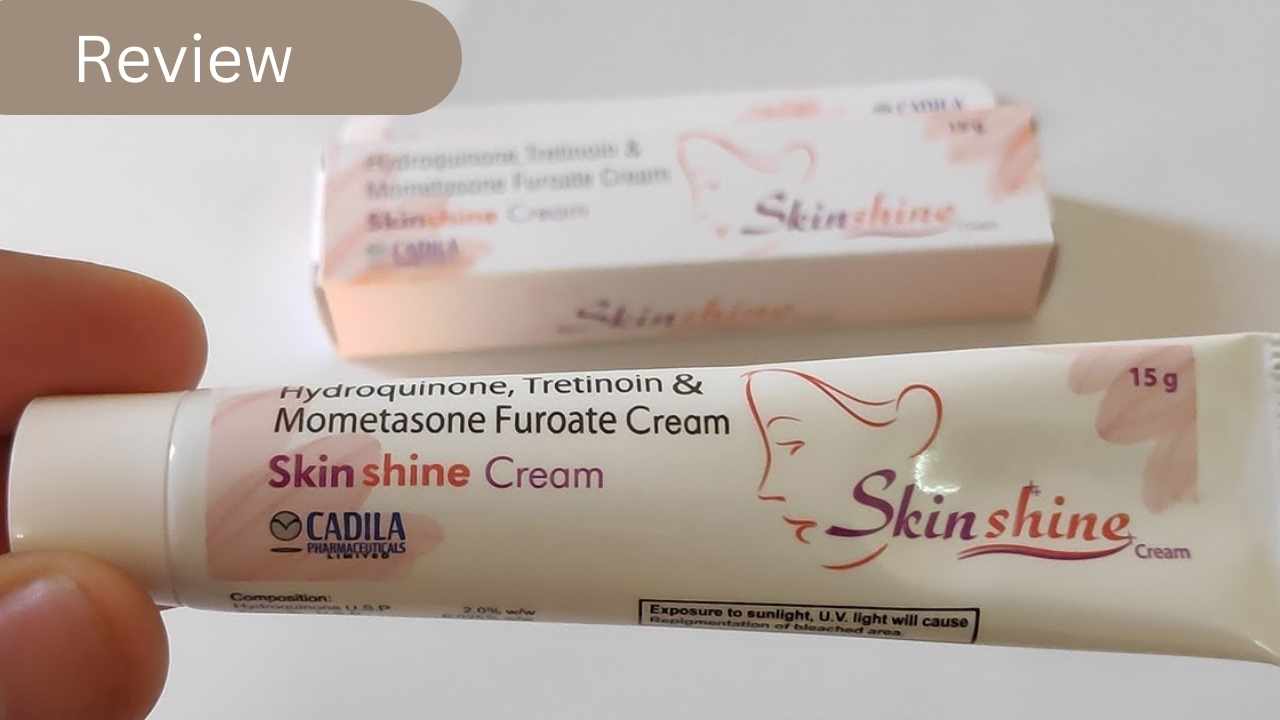 Fairness has become a trend nowadays. Being an Indian, brown skin tone is not preferred by many people, and they have to access fairness creams. Some creams prove to be beneficial enough while others leave side effects on the skin after usage. One of the best creams which people are using for the sake of fairness is Skin shine cream. It becomes popular with the function of making people fair within some time only. Let’s review skin shine cream and know all the positive and negative sides of this cream.

Firstly, breaking the myth of the people that it’s a fairness cream. It’s absolutely not and it’s a medicated cream that is known for treating skin problems such as melasma. Melasma is a skin condition in which the skin is prone to develop dark patches on different areas of the face. Melasma is commonly seen during pregnancy or due to the aging process. The brown-colored patches are mostly seen on the forehead, chin, nose, and cheek area.

Skin shine cream has a typical smell of a medical cream and has a combination of three ingredients in it namely.

Hydroquinone is a type of phenol and a derivative of benzene. It’s mostly used in creams for pigmentation. it belongs to the class of skin-lightening agents and works for reducing melasma which is a skin pigment known to cause darkness. It’s present in 2.0%w/w quantity.

Mometasone belongs to the class of corticosteroids and actually works by acting inside the skin cells. The release of certain chemical messengers in the body is also inhibited which is known to cause skin redness, swelling, itching, etc. It’s present in 0.1%w/w quantity.

Tretinoin belongs to the class of retinoids that greatly helps for renewing skin cells. this skin renewal process helps in the natural exfoliation of the outer layer of the skin. It’s present in 0.025%w/w quantity.

Being not a fairness cream, this cream need not to be applied completely to the face. Only the affected parts need to be used with this cream. Instead of a complete layer, apply this cream in a dotted form on the affected area. This cream works best when used only thrice a week. Do not use it for the entire week to see instant results on the skin. Within the use of 2 to 3 weeks, the results on the skin can be seen. When it’s used thrice a week, the skin will not become dry and remains in the same condition.

It’s important to note that, while using this cream do not step out in the sun. Stay away completely from harsh sun rays after using this cream at night. Even while being at home, apply a layer of good sunscreen as it’s very important for skin cell renewal. Along with sunscreen apply a moisturizer as well in order to prevent skin from drying. There are chances of skin drying because of the presence of chemical ingredients in it.

How to use Skin Shine Cream

Skin shine cream comes in a pack of 15 grams and is meant for external use only. Do not use this cream under self-guidance, as it’s a medicated cream. Doctors’ advice is a must for using this cream. Avoid direct contact with the nose, mouth, eyes, ears, and vagina. The price of this cream is somewhere between Rs.150.

Some of the common side effects seen after using skin shine cream are redness, skin irritation, acne, burning sensation in affected areas, stinging sensation on the skin, etc.

How to overcome the side effects of skin shine cream

It’s quite general to experience the common side effects of skin shine cream in the form of a burning sensation and skin redness. If prolonged use is made with this cream such as on continuous weekdays then there are even chances that skin could peel off its layer.

Along with skin peel-off, there could be skin redness and irritation too. If that happens, after discontinuing this cream, apply a good layer of Boroline ointment all over the face. Continue its use for a week. A skin difference can be felt and the skin starts to get healed up automatically. This Boroline has antiseptic properties in it which help to heal any sort of cuts, wounds, scars, pimples, sunburns, etc.

I came to know about this cream by seeing reviews and videos on YouTube. After seeing out the positive side of this cream, I even thought of giving it a try. I bought cream from a medical store and started using it. My skin type is quite normal to dry. The reason for using this cream was to get rid of sun tan and enhance the glow of my skin. After initial usage, this cream left a burning sensation on my skin. Thereafter I used a moisturizer and aloe vera gel during day time, in order to provide a soothing effect on my skin.

Then instead of using it on daily basis, I started using it 3 to 4 times a week. There is a burning sensation on my skin reduced to quite some extent, I continued with the same schedule of using it three to 4 times in a week. The cream had a smooth texture after application with a bearable smell. Sunscreen was used by me during day time. After using it for a period of 2 weeks, I felt quite a difference on my skin as it evened out my skin texture.

Suntan was completely gone and my skin became completely even with its texture, apart from removing sun tan, it also helped my skin to remove the pimple marks and tiny bumps on my skin. I continued using this cream for a period of 4 weeks and then left it out. As a precautionary measure, use this cream for a limited time period only and protect it against harmful sun rays otherwise instead of seeing the positive side of the cream, the negative side is more seen in the form of sunburn patches. Give it a try as results vary from skin to skin.